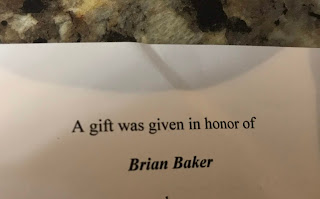 So if you know someone who lost a friend last year or the year before that or years or decades ago... or even last week, send them a special note. If it was a recent loss, make a note of the anniversary and send them a gift next year and the year after. Do something out of the ordinary and unexpected to show you care... it will bless them!
Posted by laurawegener25 at 5:51 AM