**Fair warning: poop is discussed in this post, and yes, I am a new mom!**

So my timing for changing poopy diapers is way off. I guarantee that at least three out of every five times I change Brayden's diaper, within seconds of changing him or even right after I get a clean one under him, I hear the lovely "tooting" sound again. I think, "Really?!?"

It's been two weeks (yay for his two-week birthday!) and at least five times I've been through 2-3 diapers in one change thanks to his pooping through the clean one I stick under him (but haven't closed up!). Today was probably the "worst" yet - I changed one diaper and then was cleaning him up and got projectile poop all over. (BTW - this isn't like toddler poop; it's baby, non-formula poop, so it isn't quite as nasty as it would be after he starts on solid foods.)

After throwing in load #54 of laundry (okay, maybe not quite that many), I grabbed some ice cream and got ready for the day (the ice cream came from the nap I wished I had, but Brayden wasn't taking because of said poopy diaper). While eating the amazing chocolate mint ice cream Erik picked up a few days ago, I looked over at Brayden and thought about what just happened and had a revelatory moment. Perhaps one reason God gives us babies is because they keep us humble. Right when we think we have it all figured out (changing a poopy diaper should be easy enough, right?) our babies go and change it up on us. They'll poop through that third diaper, create the 14th load of laundry, or change our sleep schedule unexpectedly. They're not necessarily the boss of you, but they do show you that you don't know everything.

This whole pregnancy thing has been humbling for me as well: asking for and accepting help from anyone and everyone, not being able to proactively clean my own house, not being able to take care of my own family (I was taking care of my family; I just was taking care of an unborn baby from the couch, which doesn't feel like much!), etc. It was hard! And it looks like the humility lessons will simply continue.

James 4:6 says that God resisteth the proud, but giveth grace unto the humble. Maybe that's one reason why we have babies: so we can be humbled by the poop under our fingernails, the moments we forget our words, and the topsy-turvy schedules and ultimately receive God's grace to live instead of living life on our own.

So today, I'm asking God for grace, His undeserved favor, and His abundant strength to live. 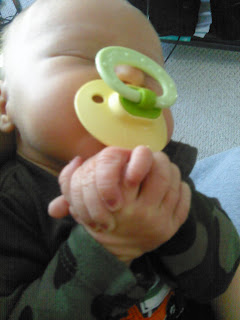 Brayden's praying the prayer too....

Future first-time parents... this is for you.

The first 2-3 nights with Brayden were overwhelming for me and Erik, to say the least. So to future parents, here's something I think may help you so if/when you have a kid, you'll know you are not alone.

1. In the first night, day, two, or both, you will question your sanity in thinking a child was a good thing.

2. You may even question God's sanity in bringing babies to children without an instruction manual... and letting sleep-deprived parents make decisions for someone else's life. (I will never forget that moment in the hospital when I had a talk with God about this.)

3. Your marriage will be tested. Wives - whether or not you like it, your life will be full on mother for a while, since you are needed for feedings, especially if you are nursing. Husbands - your wife will not be your own for a while. You'll need to share. (Sorry!) From all that I can tell, this is a season because they tell me babies do wind up sleeping through the night and stop eating every 2-4 hours. That means more time to be both a mom and a wife and not just a mom.

4. You will not think straight. Overall, I've got my head screwed on pretty straight. I know what's happening around me and how people respond to me and think clearly, etc. Then I had Brayden, and seriously, I couldn't think straight or remember or say things quite right. I looked over at Erik one time riding back to the house and said, "I'm not making sense, am I?" He said, "Nope." Oh well.

5. Sleep. You will miss it. But there is grace for this season. Of all people, I need sleep more than most. If you know me well, you know I don't function well on lack of sleep. So this is a tough one, but I've had moments where I've literally felt the grace to wake up every 2-4 hours and feed him and I adore two hours straight of sleep and consider that an amazing thing (when just a couple weeks ago that would have been barely enough!).

6. You will be frustrated. This is common when it's 4 a.m., you've changed your baby's diaper, fed them, made sure he's warm enough, and done everything you know to do, and he's still red in the face from screaming, trying to get some type of point across. I don't really know how to answer "what to do" on this yet, since I'm still learning, but take a deep breath and/or cry out for help from the Lord! Hold your baby and trust that as parents you have the grace and wisdom to comfort your baby as needed.

So, new parents and parents-to-be, if you've had any of these thoughts or frustrations, you are not alone. A bunch of parents I've talked to smile when I tell them my experiences and feelings and then they remember they too had the "What have I done?!" moment with their first babies... you just don't always hear about it.

You're not alone; pretty much everyone has probably had the same types of thoughts as you. Remember, this too shall pass. :-)

As for us, we are getting slowly adjusted to life with a baby. Our family and friends continue to be amazing to us. (Thank you!) And we are once again reminded of the value of community. Community is how the moms and dads survived who didn't have nurses to ask questions to. Community is how parents survived who couldn't read or watch YouTube videos or read other people's blogs. So I'm learning again to learn from others because they've been there and done that and have great ideas that will help make my life easier.
Posted by laurawegener25 at 11:30 PM 1 comment: 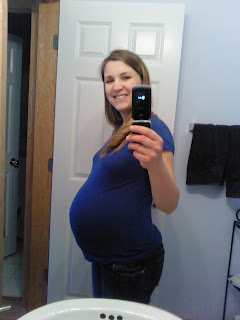 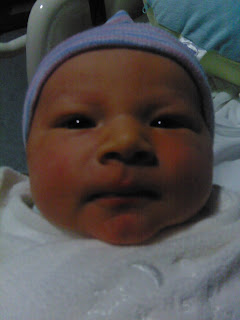 We are all doing well even though exhausted and still trying to figure out what just happened! Tuck is very good with his new baby brother. Thank you for all the special comments, gifts, and congratulations. We appreciate you and your support through this journey!!!!

One final pic: the boys in my family. 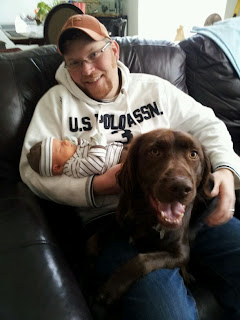 Happy 2012! And happy birthday to my brother, Brian! He would have been 33 years old today. Now he's hanging out in heaven and maybe he's getting a heavenly birthday cake - I bet that's some amazing cake and frosting! :-) Here are a couple pics of my family from a few years ago. I have a ton of cute ones of me and Brian, but I don't think they are in electronic format yet. 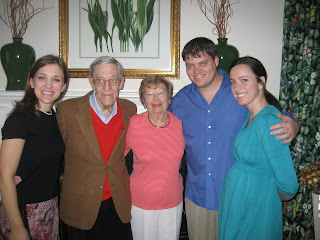 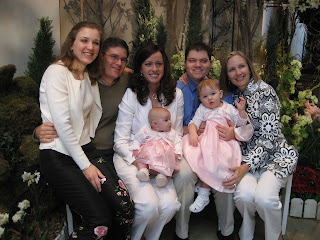 Brian, I love you dearly and miss you! I think about you and I am grateful that I know we'll meet again one day in heaven. Yahoo! You'll be healthy and wonderful and we'll be hanging out together worshiping Jesus. That sounds amazing. Take care of my little boy up there. Say hi to Grandma. Love you much!

Just last night I told Erik that 2012 is going to be a much more active year than 2011... both thanks to our baby Brayden. 2011 was filled with bedrest... 2012 will be filled with taking care of baby. Exciting! I am looking forward to seeing what this next chapter of our lives looks like!

I hope you have a wonderful New Year and that it is filled with God's blessings and abundant grace in your life. :-)
Posted by laurawegener25 at 11:23 AM 1 comment: